Château Montrose, classified Second Cru Classé in 1855, is one of the great wines of Saint-Estèphe

Originally the slopes were covered in heather and its pink hue, visible from the nearby estuary, inspired the local sailors to call the place ‘Mont Rose’ or ‘Pink Mountain’. 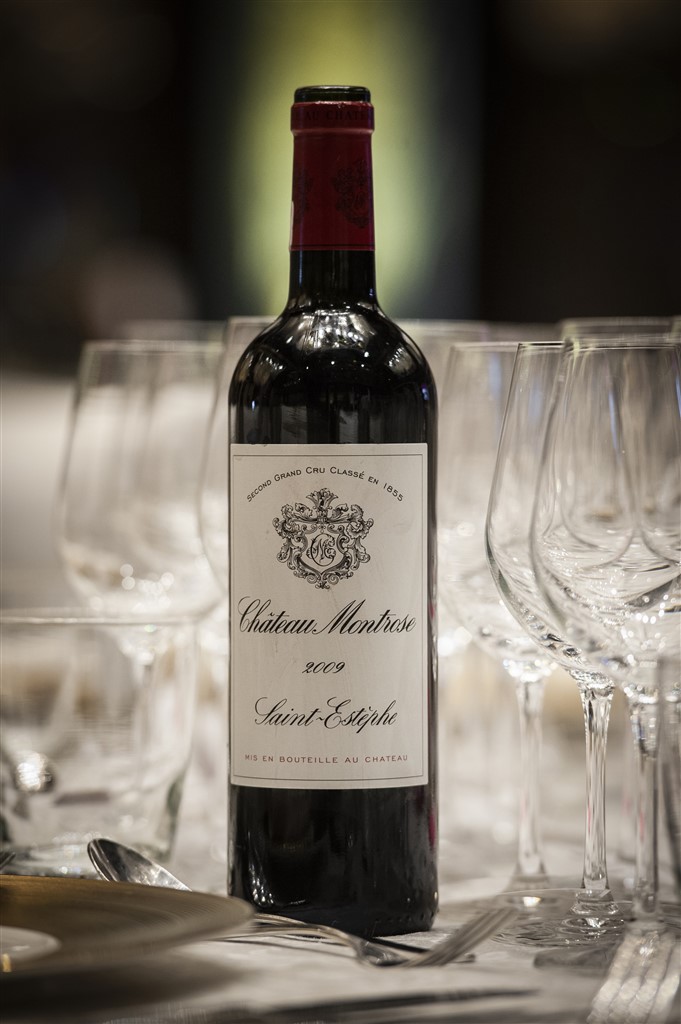 This was the name that Théodore Dumoulin chose to baptise this forgotten territory when he inherited it in 1778. Convinced of the potential of the land he decided to plant vines there. Only 40 years later did his efforts pay off at the time of the 1855 classification when Château Montrose was classified, ‘Second Grand Cru’. At that time the vineyards covered 95 hectares and this remains the size of the domain today.

Mathieu Dollfus took over from Théodore Dumoulin. This visionary entrepreneur had a long-lasting impact on the life of the domain and increased its technical capacity significantly. He designed the ‘Montrose village’ with its squares and streets. He provided medical care and lodging for his workers and shared the profits with them. He also saved part of the vineyard from phylloxera by installing a wind turbine to pump underground water and flood the vineyards.

Today, this construction is one of the symbols of Château Montrose. Following the builder, Mathieu Dollfus three generations of the Charmolüe family ensured the continued stability and excellence of the property marking their ‘reign’ of over a century with legendary vintages including 1929, 1945, 1961, 1989 and 1990. 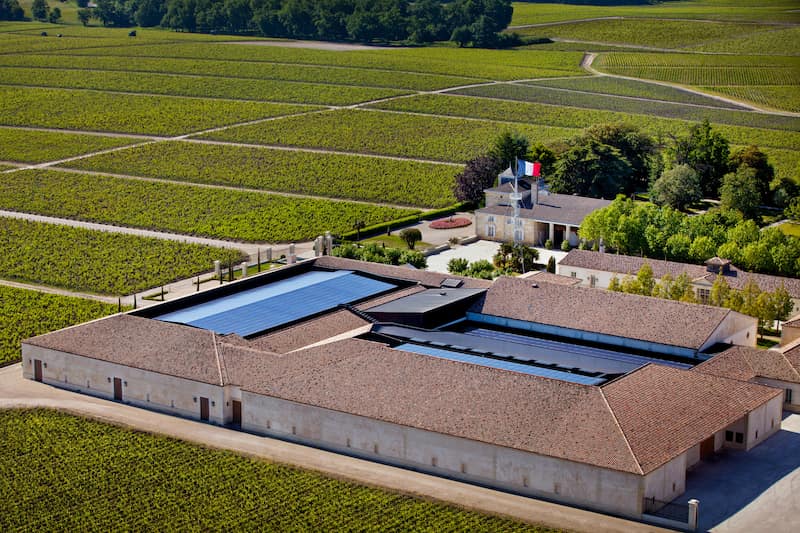 In 2006, successors to the Charmolüe family, Martin and Olivier Bouygues bought the domain. Great fans of this “grand cru” and aware of the potential of its unique “terroir” they decided to invest to equip Château Montrose with exceptional technical capacity whilst still respecting Bordeaux’s typical 18th century style. Under their strong leadership Château Montrose entered the 21st century with a seven-year programme of renovation designed to respect the local environment whilst putting its vineyards and buildings centre place. 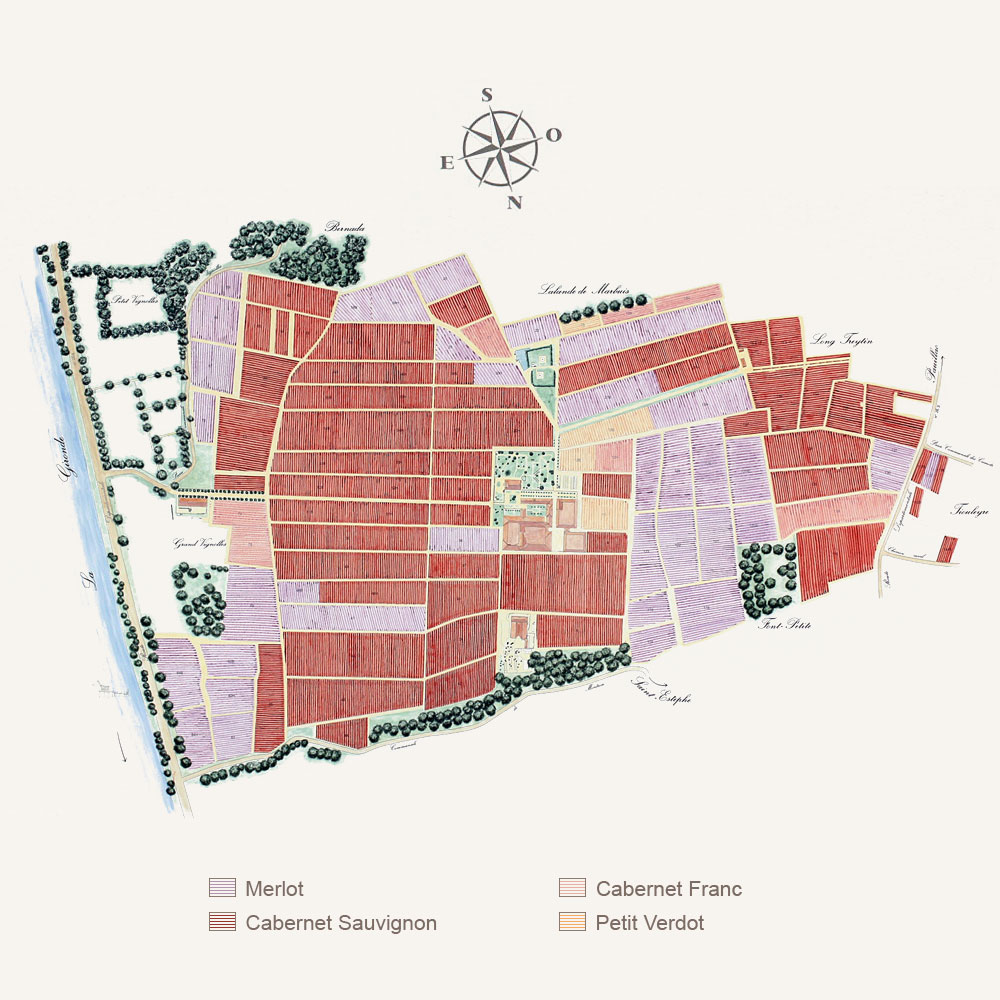 Château Montrose’s 95 hectares of vineyards are in a single plot on an exceptional spot facing the Gironde estuary. It benefits from the proximity to this vast stretch of water as it moderates the effects of extreme summer heat and spring frosts. The soils, which are made up mainly of gravel from the Pyrenees and the Massif Central with a layer of sand on the top, offer natural drainage. The under layers, which are richer in clay, form a natural reserve of water for the vines to draw on when necessary.

Managed by Hervé Berland since 2012, there is now a staff of 65 people working in the vineyards and cellars who share the same philosophy in their work: to respect the “terroir” and strive for excellence. As a result, the vineyards are worked intensively, the grapes harvested with extreme precision and only the best wines from each vintage blended to produce the great Château Montrose wines. The rest of the wines go to produce the second wine, La Dame de Montrose and the third wine, Le Saint Estèphe de Montrose.