The history and the success of Château Clerc Milon are summed up in these three words. The terroir is that of Pauillac. The neighbours are Mouton and Lafite, illustrious First Growths whose nearby vines can be seen from the terrace of the Château. The encounter was with Baron Philippe, who in 1970 acquired the estate and decided to restore it to its status as a Classified Growth. 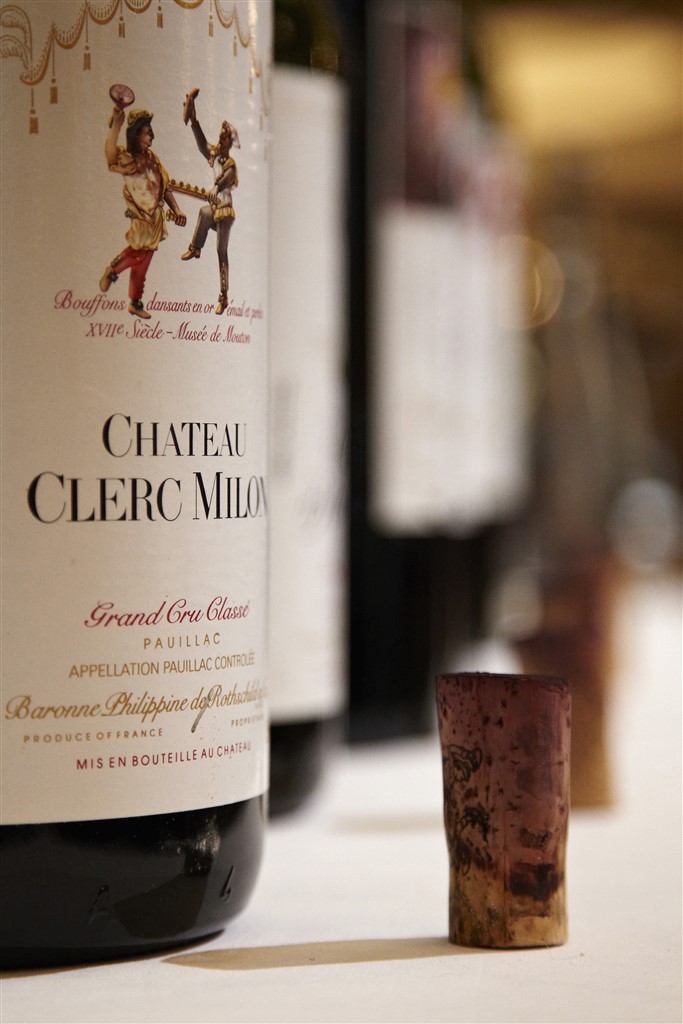 Château Clerc Milon is a classified fifth growth of Pauillac. The fragmented vineyard is located for the most part between the small villages of Milon and Mousset in the north-west sector of Pauillac.

The origins of Clerc Milon are not well-documented, but the property got its name from its owner at the time of the 1855 classification. After the death of Jean-Baptiste Clerc in 1863, the property passed through several hands during a long, undistinguished period of neglect and decline until it was sold in 1970 for a low price to the Baron Philippe de Rothschild, owner of Mouton. Thus began the modern era and the renaissance of Clerc Milon which then consisted only of 10 hectares of vines.

Today Clerc Milon is elaborated by Philippe Dhalluin who also runs Mouton, and he is restructuring the vineyards and fine-tuning the wine even more to continue the fine string of vintages since the late 1980s.

Major renovations took place both in the wine-making facilities and in the vineyard with the acquisition of new plots. Today Clerc Milon is a fairly large property, with over 100 separate plots of vines spread out over a large area but making up a total surface area of 43.6 hectares.

The current grape mix in the vineyard is approximately 46% Cabernet Sauvignon, 35% Merlot, 15% Cabernet Franc, 3% Petit Verdot, and a small amount, 1%, of that now rare for Bordeaux grape variety, Carmenere.